Enquire Now 1800 870 828
Enquire Now
Back to all Randwick: how this eastern suburbs hotspot morphed from convenient to cool 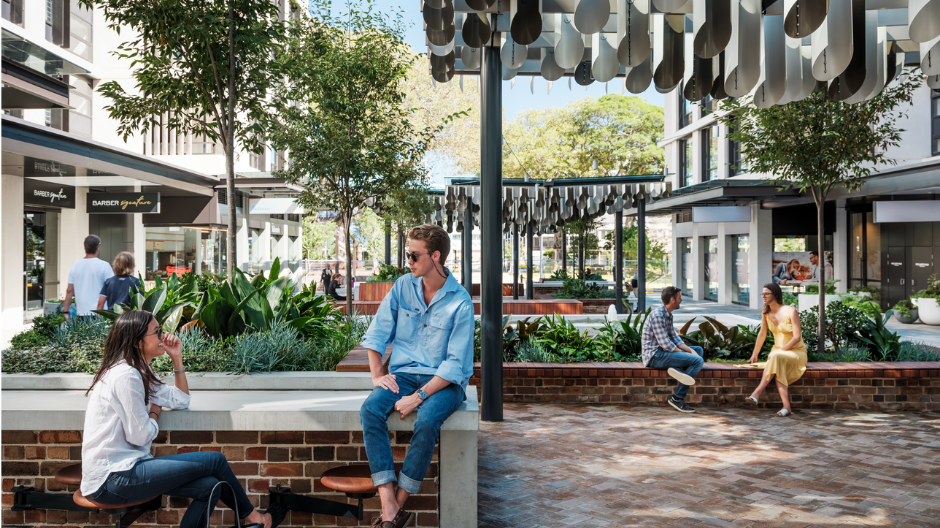 When Mauro Marcucci was scouting around for a new location for his restaurant Baccomatto Osteria, Randwick wasn’t even on his radar. But the lease on his Surry Hills premises was up, and the Italian-born restaurateur – whose impressive CV includes a stint at Melbourne’s acclaimed Caffe e Cucina – was open to suggestions.

At the time, Newmarket Randwick, a mixed-use development by Cbus Property, was under construction on a former horse sales yard site.

The more he looked into the project, the more it seemed like the perfect fit. “Italian food really suits al fresco dining,” Marcucci says. “When we’re in full swing in summer, we can seat about 146 people. In winter, it’s about 90. Apart from looking beautiful, the position is beautiful.”’

In less than two years, Newmarket Randwick has established itself as one of the suburb’s hottest destinations, with a lively mix of restaurants, cafes, a barber, a wine bar and Gelato Messina surrounded by richly landscaped grounds, including an adventure playground within the shell of the old sales ring.

Newmarket’s stunning new look isn’t the only big change in a suburb once regarded as more convenient than cool.

The light rail provides a smooth ride to Circular Quay, seven kilometres away.

The Spot, home of the Ritz Cinemas, has added a sprinkling of hip new bars, cafes, restaurants and fitness studios. A huge chunk of Randwick between Prince of Wales Hospital and the University of NSW is behind hoardings, while a sprawling new health and innovation precinct is being built. There are also plans to rezone blocks near Belmore Road, the main shopping strip, to accommodate future growth. Daniel Cachia, an agent at PPD Real Estate, says Randwick can be divided into three sections. “There’s the glamorous part towards Queens Park and Centennial Park, which is held in high esteem as Randwick North,” Cachia says.

“This flows through to the central part of Randwick, near the shopping centre. Then there’s another really great pocket down towards The Spot, neighbouring Kingsford, Coogee and South Coogee, which used to be affordable but is now becoming unaffordable.”

The Paris end of Randwick, near Centennial Park, boasts some of the neighbourhood’s prettiest streetscapes, with well-preserved Federation and interwar homes surrounded by carefully tended gardens.

Buyers can choose from robust 1960s and ‘70s houses and units, character-filled art deco apartments, sumptuous architect-designed retreats and contemporary homes such as those found in the master-planned pocket near Randwick Environment Park.

Marcucci, whose Baccomatto Osteria has pivoted into providing takeaway and home-delivery meals during the lockdown, says the business has received a warm welcome.

“I’m actually so impressed with the neighbourhood,” he says.

“I really didn’t know what sort of market it was, but it turned out to be a really good choice.”