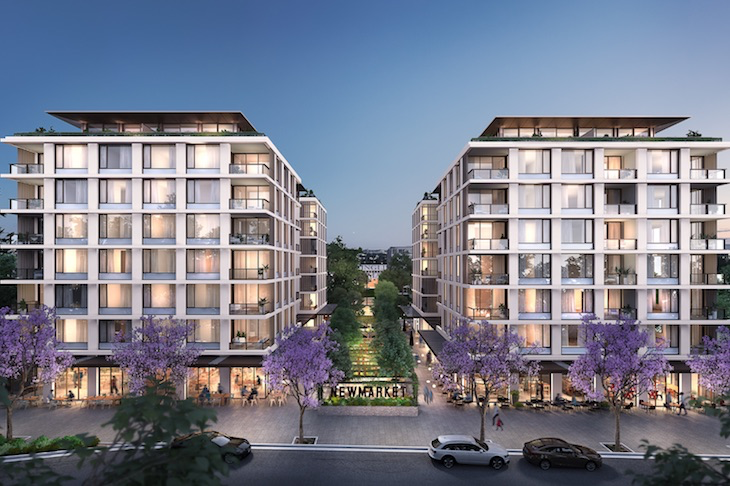 Sharing ideas and knowledge can lead to a better outcome for everyone. These architects reveal what they learned from working collaboratively on a major masterplan project.

People are working more collaboratively than ever before, not just within organisations but also with suppliers, customers, and even competitors. The thinking goes that when you combine creativity, experience and resources you solve problems and get better results more quickly, and everyone benefits.

But joining together to share ideas, information and work isn’t just happening in the corporate world, it’s becoming popular across sectors and industries. Property developers have been bringing together “dream teams” consisting of several world-class architecture firms for major masterplan projects such as Central Park Sydney.

Recently Cbus Property invited architects from four top Sydney firms to come up with innovative designs to create a new residential neighbourhood at the historic Inglis Stables site in Randwick.

The masterplan community, Newmarket Randwick, will include 642 apartments and townhouses set in landscaped gardens with a playground, a 5000 square-metre public park and more than 2200 square metres of retail/commercial space.

Crucially, the architects’ brief also stipulated paying tribute to the site’s past as a racehorse stables and thoroughbred horse auction venue, including retaining and adapting heritage buildings, as well as working around historically significant trees.

Adrian Pozzo, CEO of Cbus Property, says: “The site deserved an approach that would encourage the best creative solution.

“The process has been extremely rewarding for us, mainly because this creative collaboration is already resulting in a better outcome for people who will call Newmarket Randwick home.”

Collaboration comes in many forms, from brainstorming sessions to collective decision-making. For the Newmarket Randwick project, the architects worked independently on designs for different parts of the site but workshopped their ideas together.

“It was collaboration with respect for each other’s independence,” says Matthew Allen, Studio Director at Bates Smart, who produced the masterplan for Newmarket Randwick alongside Alex Longley, Principal of Arcadia Landscape Architecture.

“We all worked independently on our designs but contributed and shared ideas. It wasn’t a ‘forced marriage’, and I think this was the key to success.”

Breakthroughs often happen when people are working in tandem and can share ideas or solutions.

Although the architects were producing designs for different buildings on the site, they were tackling similar issues at roughly the same time, and could help each other out.

“Often on large masterplans the designs for different buildings happen sequentially, but we were all at the same stage in the creative process,” says Mr Allen. “So, for example, we were all thinking about how to bring in as much natural light as possible at around the same time. And this gave us the opportunity to share our thoughts.”

Mobilising a group of creative minds with a variety of experience and opinions might seem like a challenging prospect, but it can produce truly innovative results.

“Having one architect come up with different looks for each building across a masterplan can sometimes feel contrived,” says William Smart, Founder and Creative Director of Smart Design Studio, one of the architecture practices involved in the Newmarket development.

“Across the site you will have a good sense of variety, but there will also be continuity and a feeling of commonality because we’ve all been sharing our ideas and design ethos,” he says.

“The buildings will all be modern, but in different styles, each with its own personality and quirks.”

Landscaping also helps to tie together the various design elements across the site.

“The building orientation and subsequent landscape arrangement has been designed to consider the sight lines and connections between retail precinct, public park and Big Stable,” says Arcadia’s Alex Longley.

On large projects, such as the Newmarket development, good communication between team members is vital.

“Architecture is, at its core, a collaborative industry,” says Rebecca Donoghue, Project Leader for SJB at Newmarket Randwick. “As with any collaborative process, clear communication is paramount to ensuring the best possible outcome for a project.”

According to Ms Donoghue, the design workshops were a productive way of sharing knowledge among the architects on the project.

“Problems can be raised and resolved within the few hours of a workshop rather than over days via to-and-fro emails and phone calls,” she says.

Working with other esteemed professionals on projects often encourages people to aim even higher – providing the environment is collaborative rather than competitive.

“The architects involved in the project are all really talented and highly regarded, so that set the bar higher and we all felt we had to do a great job,” says Mr Smart.

Rachel Neeson, Co-founder and Director of Neeson Murcutt Architects, together with colleagues Stephen Neille and Hannah Slater, found working with other firms on Newmarket Randwick a rewarding experience. They explain that there was “a collegiate atmosphere” among the architects, which helped everyone involved feel more confident about sharing their ideas.

“There was a high level of respect,” Ms Neeson says. “So we felt able to make professional comments including critique, and receiving this from your peers helps your work get better.”

She adds: “If you bring the right people together, you’ll get great results. They’ll rise to the challenge and raise the bar as a group. And everyone benefits from this – the future residents, the developer, and the architects.”